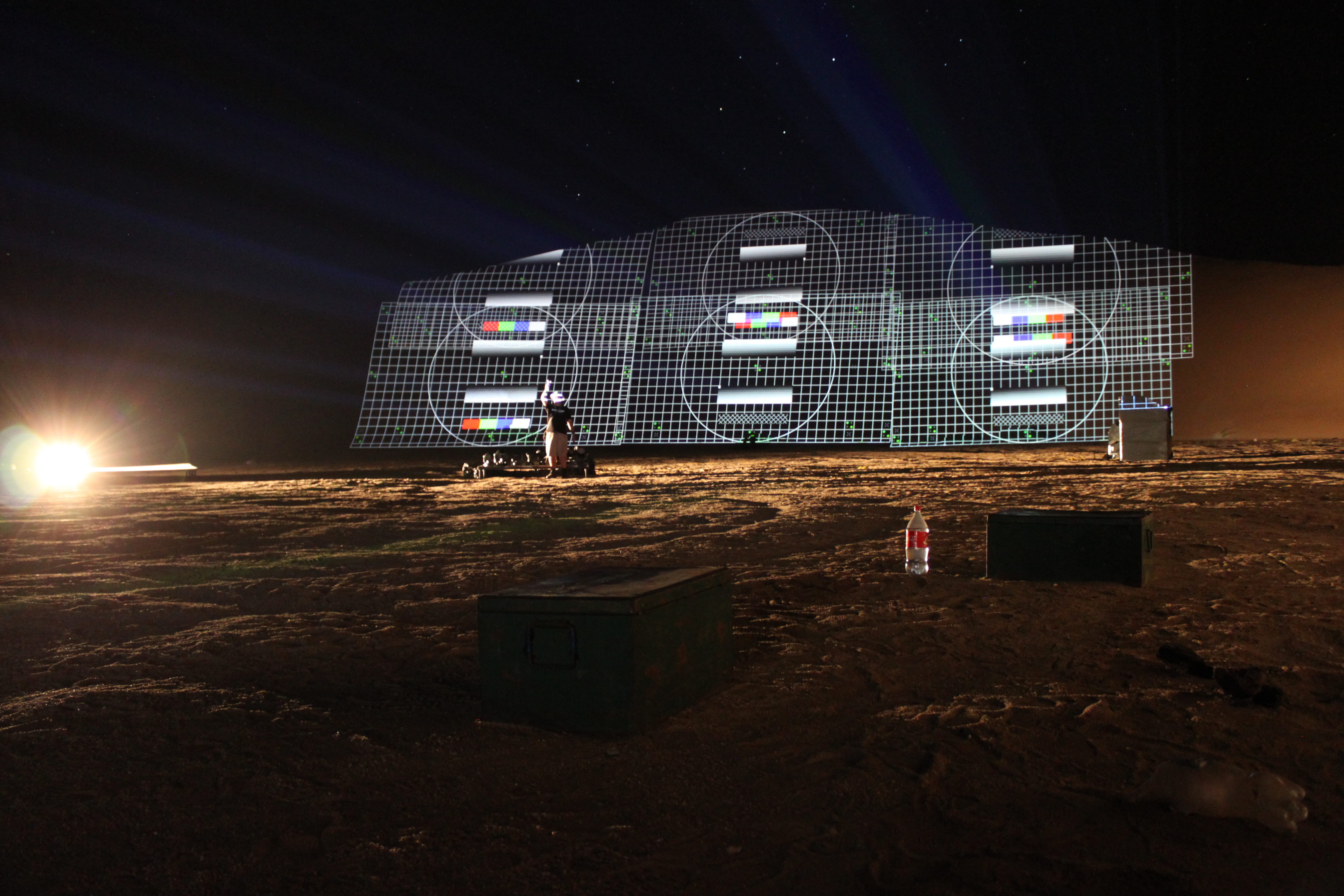 Black Media was given the opportunity by Mercedes Benz/ Freightliner to project the story of the world’s oldest desert and Freightliner, a famous American truck brand, onto an ever-shifting dune in Namibia.

Projection Mapping was used to incorporate the facade of the dune into the story itself, which was scripted and animated in under two months of pre-production. The ‘Sand-Man’, famous South African actor Patrick Lyster, appeared out of the face of the dune and set the scene for the event.

To map highly complex 3D imagery onto an ever-changing object is something that has never before happened yet our extremely brave visual effects artist, Damian Smith, was up for the challenge to create the visual masterpiece which transformed a dune into a dynamic canvas including fire, water, ice, snow and prehistoric beasts and shapeshifters, some of the most difficult things to recreate and render in full HD 3D.

We’d like to thank Witch and Wizard Productions for having the gall to help us undertake such a production.